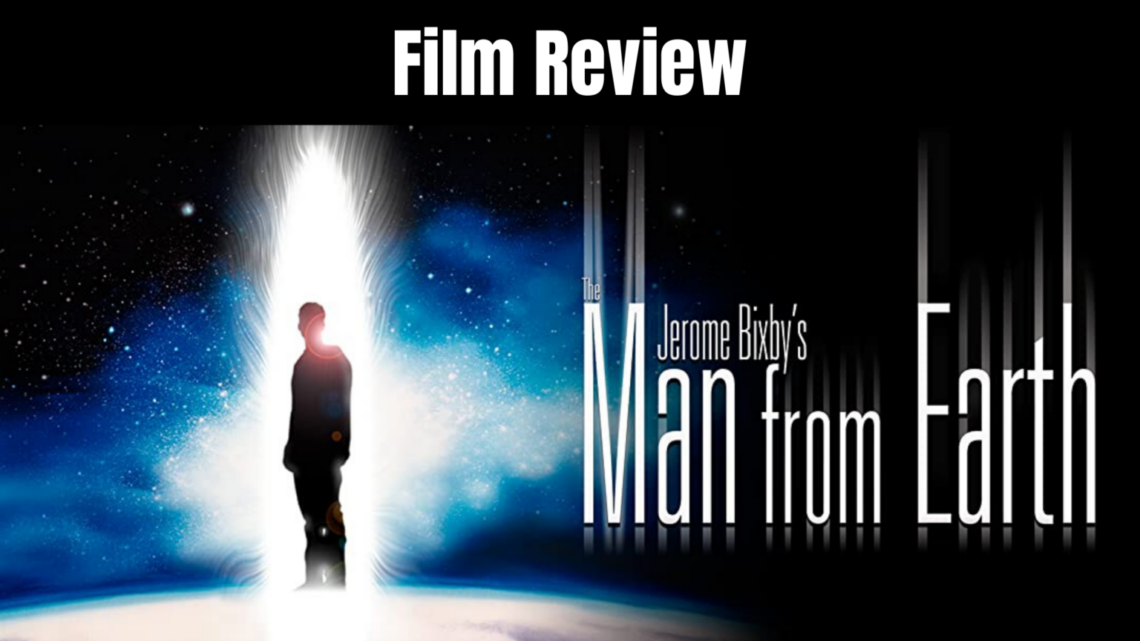 “What if,” begins Oldman, “A Cro-Magnon survived to present day?”

The Man from Earth is a 2007 American drama science fiction film written by Jerome Bixby and directed by Richard Schenkman.

An impromptu goodbye party for Professor John Oldman becomes a mysterious interrogation after the retiring scholar reveals to his colleagues he has a longer and stranger past than they can imagine. The plot focuses on John Oldman, a departing university professor, who claims to be a Cro-Magnon (or Magdalenian caveman) who has secretly survived for more than 14,000 years. The entire film is set in and around Oldman’s house during his farewell party and is composed almost entirely of dialogue. The plot advances through intellectual arguments between Oldman and his fellow faculty members.

So what makes this film so great?

The movie’s script was written by Jerome Bixby (also wrote ‘Star Trek’ and ‘The Twilight Zone’) who has been working on this idea since the 1940’s. He completed the script on his deathbed in 1998. Now, imagine that an idea has been growing in his mind for decades. He nurtured it to perfection. And the end result was an excellent story! The thing which makes this film great is its story of one man revealing his incredible journey for 14000 years spanning many important events in history including layers of biology, nature, philosophy, and religion. There are no flashbacks or special effects. Just the story and the conversations happening in it. It’s as if you are sharing the same room with them listening to a captivating story and having mixed feelings, just like them. You feel like a part of the story and that is where the film wins in being totally believable with an extraordinarily unbelievable concept.

Jerome Bixby’s Man from Earth isn’t going to shock or thrill you, but it is captivating and makes you wonder about the universe and the future of mankind, and that is really all one could ask for from intellectual science fiction.

The story is Jerome Bixby’s last work, and he dictated the last of his screenplay to his son, screenwriter Emerson Bixby. After Jerome Bixby’s death, the script was given to Richard Schenkman to direct on a $200,000 budget. Would you believe that this film was shot in 8 days after a week of rehearsals?! It just proves to be a pinnacle of low-budget and intellectual Sci-Fi film.

With technical contributions so basic, performances are crucial. And with David Lee Smith playing the protagonist John’s character, all the rest of the cast has also performed wonderfully making the characters of professors from different streams of science shine through their roles. John Oldman (the lead) is a fascinating character. Smith plays the part in an almost alien fashion. There’s something off about him, but he seems kind and intelligent as a character on screen, which is something unusual I’ve never seen. He tells his story to his ex-colleagues who are a group consisting of an anthropologist, a biologist, a psychologist, an art teacher, an archeologist, a historian, and a student of art. A perfect group, in short, to discuss a controversial topic with! It also stars legendary actor Tony Todd who is an absolute delight in the film.

The only downside I felt in terms of the characterization was that it felt like women barely made an impact in the academic world in Bixby’s perspective. The two women characters Edith and Sandy are pretty much mute during the discussion except in a couple spaces that have nothing to do with their area of expertise or intellect. They are merely props for either being religious or a sidekick who believes in everything the protagonist says. Although Sandy, the student’s character, is portrayed as curious and Alexis Thorpe does justice to it. I just wish these characters were more fleshed out similar to the other characters that I loved watching like Dan and Art.

Richard Schenkman also adapted this story in a book that has gained a lot of popularity among science fiction readers as well and maintains a 4.43-star rating on Goodreads. It also got an unexpected sequel in ‘The Man From Earth: Holocene’ by Richard Schenkman which was an underwhelming follow-up (not recommended). Schenkman again handled the directorial duties and collaborated on the screenplay with the late Bixby’s son Emerson.

Suggestions to watch if you like this film – Flatliners, Her, K-Pax, Pi, Moon, 2001 A Space Odyssey

The Man From Earth is an almost perfect low budget indie film in that it has an incredibly intriguing premise, a great cast of actors, and almost never feels predictable.

The film keeps you guessing from beginning to end, and brilliantly avoids blatantly spoiling its mysteries. And that is why I have tried to avoid spoilers here as well! There is nothing left now but to go and watch it on Amazon Prime! Turn the lights out. No interruptions. Invite some friends over (virtually maybe). There’s bound to be a discussion after you watch it and you’ll then see why I love it so much. And if not, well, cinema is subjective so no worries.